Covid-19 Praising the Lord that Ecuador is very low with COVID cases!
back 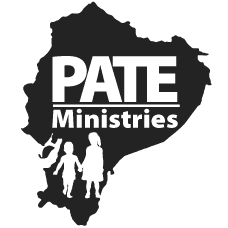 Full details of how we got started and what we do

We are a very simple, down to earth, couple from the small, two red-light town of Callahan, Florida. We are so humbled that God would choose us to work for Him by sharing the Gospel in the small, third-world country of Ecuador with individuals which are so very poor both financially and spiritually.

In 1989 I took my first missions trip to Hondouras and a two years later Dena went to Argentina.

In 1991, in a mission’s convention, I found myself weeping uncontrollably from deep within my inner being. Although I did not know it at the time, my wife was experiencing the same. I was not sure if the Lord was calling me to be a missionary, or if it was just my emotions, but shortly afterwards we began leading teams yearly to Central and South America.

In 2000, I had an opportunity to take a team to Ecuador where I fell in love with the country and felt that God put a special calling in our hearts for the country, the people, and the children. In 2002, we started working with an Ecuadorian pastor with evangelism, supporting feeding programs and completed many construction projects.

In 2010, we felt the call to go work in Ecuador full-time. God opened the door for me to work as Assistant Director in an orphanage and Dena to work as a registered nurse in a missionary hospital in Shell, Ecuador.

At the end of 2010, we sold everything we owned, raised our financail support and prepared to leave our family and friends behind for language school.

In August 2013, we completed Spanish language training in Costa Rica. Even though we are not fluent in the language, our year of language school, living in Costa Rica and serving the people of Alajuelita prepared us to be better equipped to serve the Ecuadorian people and to share Christ’s message more effectively.

In December 2013, we moved to Shell, Ecuador, but unexpectedly to us, God redirected us as He filled the orphanage with an abundance of staff and they no longer had a need for me. Also, the Missionary Hospital of severity plus 70 plus years closed. We always told our teams “be flexible,” but now being flexible had a whole new meaning. We were perplexed, as we had been obedient working towards these plans for over three years. We were sure at the time that Shell was where God had directed us - no doubt about it! But, God took us there to get us to another location in Ecuador. While we waited on God to reveal His plans, we stayed busy with projects in Shell and the jungle. In the middle of January 2014, God gave us direction to go to Cuenca, Ecuador, where we now live and minister.

What are we doing now?

Since February of 2014, we have been living in Southern Ecuador in a city called Cuenca. We work in very rural and remote villages, some of which are up to two hours drive, each way and up to 10,000 feet of elevation. We are working with 1000 to 1,300 indigenous children and adults in nine different rural villages with 11 weekly Bible clubs. We have done everything from construction, medical clinics, children’s Bible clubs, etc. However, our primary work now is with children and their families. We host discipleship programs we call Bible clubs for children, youth and adults. Our Bible clubs include; music, Bible verse memorization, a lesson from the Bible with practical application, a craft, snack time and game time. We also do humanitarian aide from a Christian perspective as a way to show the love of Christ in a tangible way as the Lord leads us.

We are independent missionaries, which means that we are not supported financially by any mission organization. We were not candidates for many mission sending organizations since I (Gary) had never attended college nor had I ever pastored a church. However, we knew that we were called by God to go full-time on mission in Ecuador, so God sent us and provided the way. Our sending church is North Jacksonville Baptist Church, Jacksonville, Florida, Rev. Dr. Herb Reavis, Jr., Pastor. We are also governed by a group of Christian business men who serve as board members of For the Children Ecuador, Inc., DBA, Pate Ministries, a State of Florida Non-Profit Organization.

How are we financially supported?

Want more information about Pate Ministries? Visit our "Contact Us" Page or email us at pateministries@gmail.com or call us at 904-879-1396.

Reaching and teaching children and their families with the Gospel along the fishing villages of the Pacific Coast and in remote villages of the Southern Andes Mountains of Ecuador.